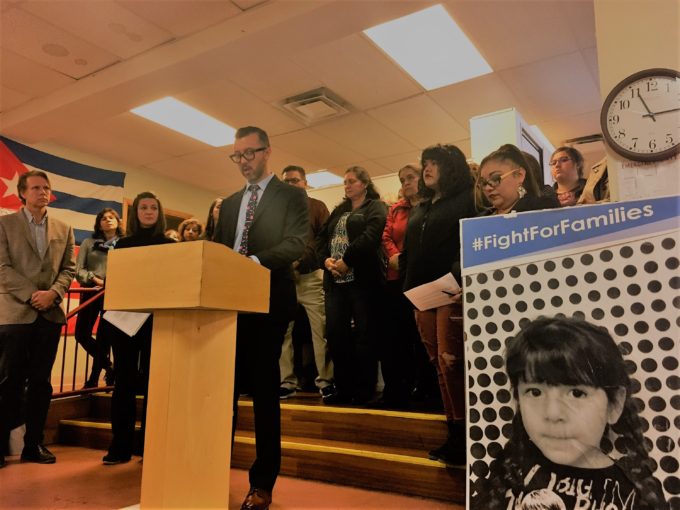 “President Trump has made it clear that he believes the American Dream should only be reserved for a select few, and this latest attempt to prevent families from coming to the United States to be safe and prosper is yet another in a reoccurring string of harmful, un-American actions taken by this administration,” said Attorney General Balderas.

Balderas co-wrote the comments with Virginia Attorney General, Mark Herring, and were joined by Attorney Generals from across the nation like California, New Jersey, New York and several others.

“I will continue to fight to make sure all families, no matter their origin, have the same opportunity to seek safety and prosperity, which is the founding principle of our country,” Balders stated.

However, Balderas isn’t the only New Mexican pushing back, immigrant rights leaders and economic justice advocates have been fighting against this proposed change since it was first announced by Trump.

“No one should have to choose between being with their family and eating,” Sovereign Hager, ledal director at the New Mexico Center for Law and Poverty said, “But that is exactly what the Trump administration is proposing with this regulation”.

Hager believes that this “public charge” rule will shift our immigration system to one that is “based off wealth.”

New Mexico leaders openly fighting back against this proposed rule is telling to the openness our state has for our immigrant communities. Immigrants living in New Mexico help drive our continuous efforts to better our state culturally, socially, economically, and in so many other ways.

Also, we are not alone.

When Attorney Generals from across the nation are fighting the same fight  shows that this proposed “public charge” rule is not what our nation wants. It is simply another tactic on the now long list of attacks on our immigrant communities by our current administration.

To propose a change like this that could leave many immigrant families with having to choose between accesing vital resources and deportation is inhumane!

Cannot get other user media. API shut down by Instagram. Sorry. Display only your media.