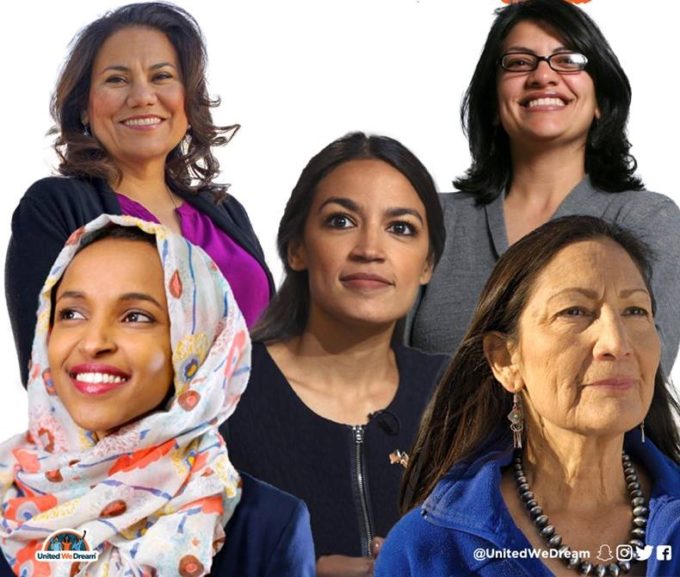 In May of 1869, Susan B. Anthony and Elizabeth Cady Stanton formed the National Woman Suffrage Association with the primary goal of obtaining voting rights for women.

This was the beginning of a long and hard fight known as the women’s suffrage movement.

On August 26th, 1920, American women won the right to vote with the passage of the 19th Amendment. The suffragists were women who wanted their equal rights. The 30 years between 1890 and 1920 are commonly referred to as “The Women’s Era”  because it was during that time that women started realizing that being seen as property was not right.

They demanded to be seen as full citizens of the United States.

The women entering Congress are organizers and leaders, everyday women who understand firsthand what it has been to suffer and fight through misogyny and sexism. Whether this sexism was faced during their time in school, in their communities, or even during their time running for office, they are teaching young women everywhere that you can fight back, and get to where you want to be.

This is something that is so important for young women across America to see.

Often times, we see teenage girls who are interested in politics but are shut down by the negative stereotypes of female politicians. Now in Congress, we see women supporting women, we see women who are ready to fight for our communities and bring change to our country. It is especially important for these women to stand together and fight for the policies that impact women in our communities directly, such as reproductive rights.

These decisions should be made by leaders directly affected by these laws.

These women are an inspiration to everyone in our country. They are not just changing American politics; they are changing our society, and how women in politics are viewed.

Now we know, the future is female.

But don’t get me wrong. This does not mean female over male. “The future is female” is more of a reminder. A reminder that we still have so much more to learn from those who have been typically shut down, or oppressed in a white, male-led, patriarchal system. It is a reminder that each of us has a voice, and that we must own it and use it for good.

A reminder that hope lies in the voices that sometimes go unheard.

Just imagine, what will our future look like now that women have a chance to use their voice, and take us there? A future that is very much coming.