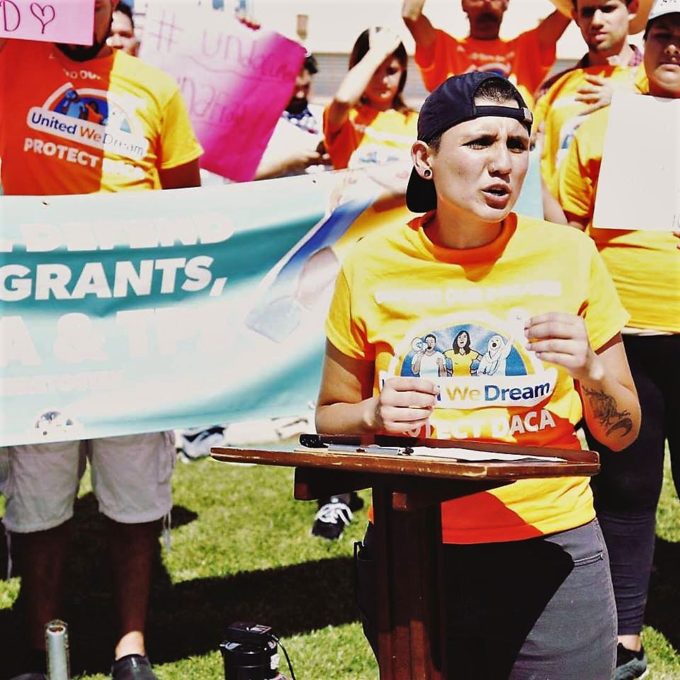 Washington, D.C. – A new study shows that four out of 10 DREAMers whose two-year enrollment expires this year have yet to reapply.

The study, which surveyed 1,050 DACA recipients in 41 states and the District of Columbia online, was conducted by the Center for American Progress, the National Immigration Law Center and the New Mexico Dream Team’s national affiliate, United We Dream.

Fear seems to be the biggest reason holding back DACA renewals.

This fear doesn’t come out of the blue, in the last 11 months, since the announcement of the rescinding of DACA, it seems as if the Trump administration has directly attacked the undocumented community full throttle.

Everything from calling undocumented immigrants “criminals” and “animals” – even “rapists” – to separating more than 3,000 families under his now infamous zero-tolerance policy have been put into play in the last year by the Trump administration, ensuring the administration’s racist, xenophobic agenda is carried out.

According to the study only about 3% of young immigrants who will lose their DACA benefits sometime next year have renewed.

A sad statistic considering the prosperous economic progress that DACA has given its beneficiaries.

An estimated 96 percent of DACA recipients are in school or working and 78 percent have seen an increase in their average hourly wage, according to the study. Even better, stats showed that 6 percent of DACAmented people own their own business.

In addition to fear, policy analysts who carried out the study believed that the “uncertainty and confusion” over the fate of DACA may also be a key reason many are not renewing.

I mean, who are we kidding, it has been somewhat of a judicial juggle keeping up with court rulings, lawsuits, appeals, you name it!

Currently, the fate of the almost 700,000 DREAMers across the nation rests on the decision of a Texas federal judge who is expected to rule on a possible injunction brought upon by Texas attorney general, Ken Paxton, and backed by several other conservative states.

Financial barriers have also had a negative effect on the number of DACA renewals. The high renewal fee of $495 has forced many DREAMers to standy by without renewing due to lack of financial resources.

Here in the Land of Enchantment, the New Mexico Dream Team is doing everything possible to ensure all DACA beneficiaries remain protected. NMDT, in partnership with United We Dream, has given out 230 DACA renewal scholarships to New Mexican immigrant youth through what have come to be called DACA-clinics.

DACA-clinics are community workshops where DREAMers can receive free legal assistance for their DACA application and apply to receive a check to cover the renewal fee. The hope is to help all young immigrants who want to renew be able to do so, without any barriers.

In New Mexico, there is an estimated 6,800 DACA recipients living in the state which is why now more than ever, the worst thing any young immigrant or ally can do is stand by and do nothing.

For this reason, the NMDT alongside UWD and the New Mexico Immigrant Law Center (NMILC) will continue to host DACA clinics every Wednesday, from 1 pm to 5 pm at 714 4th St. SW.

However, we need the communities help to continue funding the DACA renewal fund which has helped hundreds in our state and hundreds more across the nations be able to afford the renewal fee.