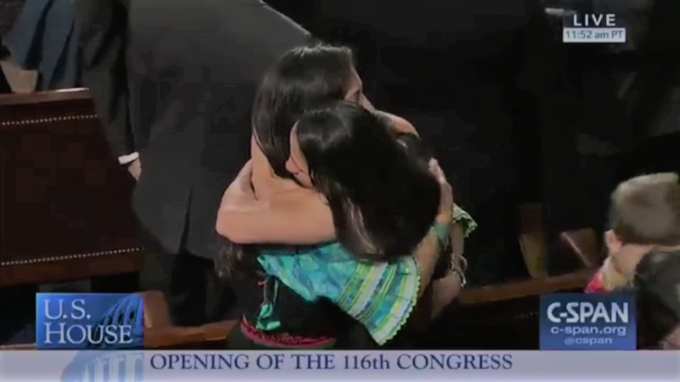 Today, our country’s 116th Congress will be sworn in. For many people, it is the first time they get to see themselves represented in Congress.

“When the true diversity of our nation is represented, we see a shift in our communities actually getting what they need: clean air and water, protected lands, affordable health care, and quality education are just a few,” New Mexico Rep. Deb Haaland told CNN in an interview Thursday.

The 116th Congress is the most diverse class to ever be sworn in. It will be joined by 43 new women, 22 new people of color, and five openly LGBTQ people.

This is a huge step forward in American history. This class is getting closer to representing the America we all live in.

Here in New Mexico especially, it is important to see this kind of representation in politics. In our state, the midterm elections were big for women. New Mexicans are being represented in various ways by women, and more importantly women of color.

There was also a blue wave in New Mexico. Many young activists, including dreamers, mobilized their communities in order to take control of their future. Young people took to the streets of New Mexico to mobilize voters and made sure voter turnouts were high.

This effort really paid off.

Deb Haaland, D-NM 1st District, is one of the two first ever native American women to be sworn into Congress, and Xochitl Torres Small, D-NM 2nd District is making history as the first woman  to represents our state’s most southern district which has had a long history of being represented mostly by white males.

New Mexico should expect change for the good in the near future.

“The New Wave” was very much needed in this country, not just New Mexico. With a blue wave, we can expect to see more talk about real issues such as climate change, fair immigration and hope for our dreamers. For politics, it is important to see how the newly elected congresswomen and men change the faces of our future.

There’s also a record number of Latinx representatives being sworn in, like our very own Xochitl Torres Small and New York’s Alexandria Ocasio-Cortez, the youngest member of Congress ever, bringing more hope to our immigrant communities though representation.

This class challenges the idea that politicians are heterosexual, white, men, and will help pave the way for future generations. We can only hope to see the diversity in Congress continue growing through the years.

The 116th Congress will change the United States of America.