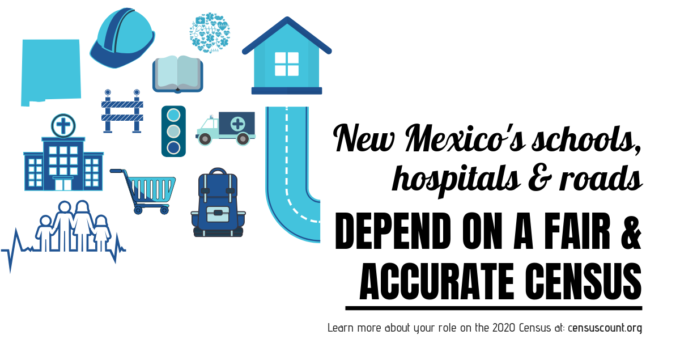 It is beneficial that every resident of the United States is counted in the census, regardless of citizenship status.

What exactly is the Census?

The Census is apart of the U.S Constitution Article 1 section 2 and takes place every 10 years. It aims to count every resident of the United States at the location where each person usually lives.

The first count took place in 1790 managed under the direction of Thomas Jefferson,

Who along with the other framers of the Constitution, chose population to be the basis for sharing political power, not wealth or land according to Census.gov.

The data collected by the census determines the number of seats each state has in the U.S House of Representatives and determines how much federal funds go to each local community. It asks questions of people’s living situation, including how many people live in each household sex, age, and race of each person.

The census benefits our communities.

Once all the data is collected from the census it helps determine the amount of federal funds, grants and how much support goes to each state based on population.

When each resident responds to the census it helps our communities get a fair share of the $675 billion federal funds per year spent on schools, hospitals, roads, and public works.

Businesses use census data to decide where they should build factories, offices, and stores which creates jobs for the people. Developers also use the census to determine where to build new homes and help rebuild old neighborhood.

The census happens every decade which means that 2020 is just around the corner and it is time to count our population again. It is important that every resident of the United States is counted in the 2020 census.

The 2020 census will require a new counting of an increasing diverse population of around 330 million people in more than 140 million housing units.

According to Census.gov website Leading up to the 2020 census they conducted research focusing on four major areas which include using the internet to increase self-response. Using existing government data sources to answer census questions and reduce follow-up workload.

It also automates operations to increase productivity and reduce staff and offices and uses existing maps and address to reflect changes rather than walking every block in every neighborhood in the country.

The 2020 census is coming up soon and we need to ensure that all the people in our community are being counted.

Our current racist and xenophobic administration brought up the census citizenship question, which asks every person filling out the census if they’re a citizen or not.

The federal government has not asked this controversial question in the census since 1950.

In march 2018 Commerce Secretary Wilbur Ross with his authority over the census approved plans to ask the question in 2020. Later after the census citizenship question was approved lawsuits started to get filed against this decision.

The trump administration received six lawsuits around the country to get this question removed.

On April 23rd 2019 the Supreme Court began its arguments on the proposed Citizen Question. They argue that if the “Citizen Question” is asked it can drastically change our population number because our immigrant community will not feel safe answering this question.

With the current administration many of our immigrant communities will fear to answer this question because they fear being deported. Why wouldn’t they be? When they are constantly being targeted by the trump administration.

The Census own analysis states that 5.8 percent noncitizen would not respond to the census if the question is added.

This translate to 6.5 million people.

All members must be counted on the 2020 census or this will affect the federal funding that goes to each state which is used to fund schools, hospitals, roads, and public works.

WE MUST ALL BE COUNTED.