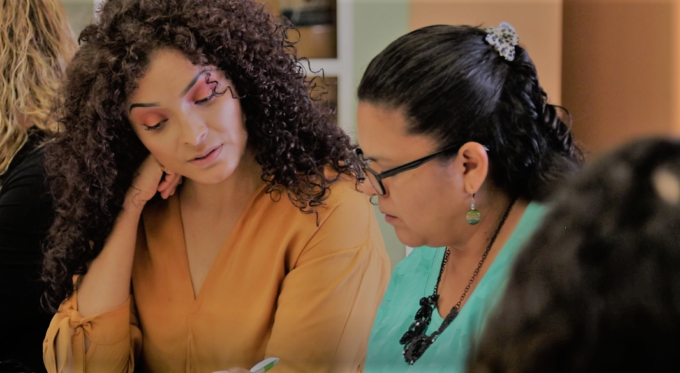 ALBUQUERQUE, N.M. – Community advocates continue to push for a state Medicaid buy-in program in New Mexico, and a group of undocumented mothers are joining the effort by having their needs heard.

“I am involved in this campaign because, due to my immigration status, I do not qualify for medical coverage, making it difficult to access healthcare in clinics and hospitals,” said Evelyn Ramos, who is a parent leader with the organization Partnership for Community Action.

Like Ramos, undocumented people in our state lack access to healthcare resources due to their immigration status.

“I’m here today because I am well aware that my much of my community has the same dilemma and I know how hard it is to find clinics that offer care at low-cost,” Ramos said.

Currently in New Mexico, more than 180,000 New Mexicans still do not have health insurance, according to the NM Together for Healthcare coalition.

For this reason, the NM Together for Healthcare coalition is fighting  for legislation in favor of passing a Medicaid buy-in program in the state.

NM Together for Healthcare is a statewide, multiracial campaign of families and community organizations working to strengthen healthcare access in the Land of Enchantment and is supported by Strong Families NM, Partnership for Community Action, and New Mexico Center on Law and Poverty.

The buy-in program would aim to give all New Mexicans the chance to buy into the Medicaid program even if they do not qualify at the moment.

“Some families don’t even have access [to healthcare],” stated Mayra Acevedo, community advocacy manager with the organization Partnership for Community Action. “They go without coverage for a very long time, until the condition gets worse.”

Reyna Tovar, an immigrant mother and wife, said only her children were able to apply for Medicaid, she and her husband did not qualify due to their immigration status.

“If I am not healthy, how can I attend to my children,” Tovar stated.

Tovar says  insurance plans in the Obamacare exchange were too expensive for their budget, so they opted to stay uninsured and pay out-of-pocket for medical costs instead. Currently, Tovar and her husband are waiting to be eligible for coverage under her husband’s employer.

NM Together for Healthcare is currently holding community gatherings with healthcare experts and providers as well as conducting a research study on New Mexico health care coverage working towards this upcoming legislative session.

McKinley County recently passed a resolution in favor of the buy-in option, similar resolutions will be up for debate sometime later this year in Bernalillo and Doña Ana Counties.