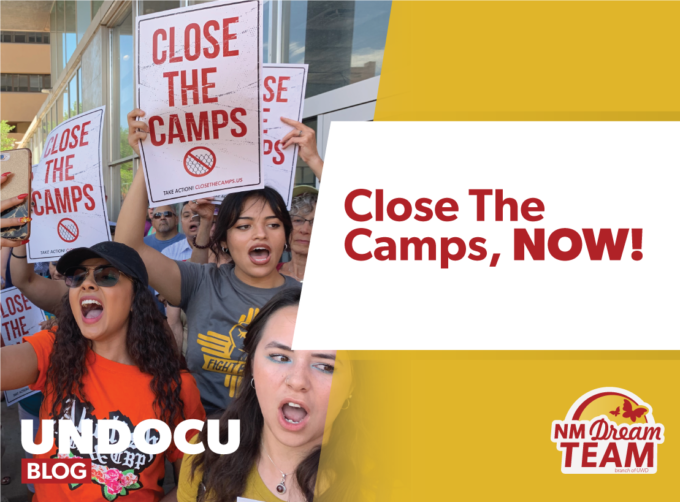 Albuquerque, N.M. – First and foremost, we need to stop calling these places “Detention Centers” and start calling them by what they actually are: concentration camps. Innocent human beings, including children as young as infants, are being kept against their will in cages like animals. They are being kept in camps that are overflowing, sending children and adults to their death. These migrants are being denied their freedom along with vital day-to-day necessities like water, medical care, and hygiene care. These innocent people are being denied their human rights.

Children continue to be ripped away from their parents. Parents are still losing their children in their arms due to the lack of medical care that the department of Immigration and Customs Enforcement (ICE) & Customs and Border Patrol (CBP) aren’t giving them. How many more people have to die in these CONCENTRATION CAMPS for congress to realize that the deportation force doesn’t need any more funding? How many more of our trans women must we see perish under the custody of these federal immigration agencies?

Trump’s Deportation Force is targeting, detaining, and deporting our communities without any humane concern or consequence towards our livelihoods. These concentration camps are just making big corporations richer with taxpayer money at the expense of the lives of children and families. It is up to us to stand up for the children and families whose lives are being held hostage for the sake of politics.

Trump is doing nothing to bring order and humanity to the system. He is intentionally making things worse to get re-elected at the expense of the kids and immigrants he’s throwing into cages and camps. If the administration actually wanted to find solutions, they’d improve and expand case management programs, instead of defunding them and then targeting families in the middle of the night to use as props for their political and media purposes.

Close the camps is a movement that was created to come together as humanity and fight for the lives of all those who are currently locked up. We fight for the children that were ripped away, we fight for the adults that lost their children, and we fight for our trans brothers and sisters that are being denied the proper medical care they need. We fight for the justice that all of those that died in the hands of ICE and CBP deserved.

On July 20th, I joined the New Mexico  Dream Team in Lawton,Oklahoma to do just that.