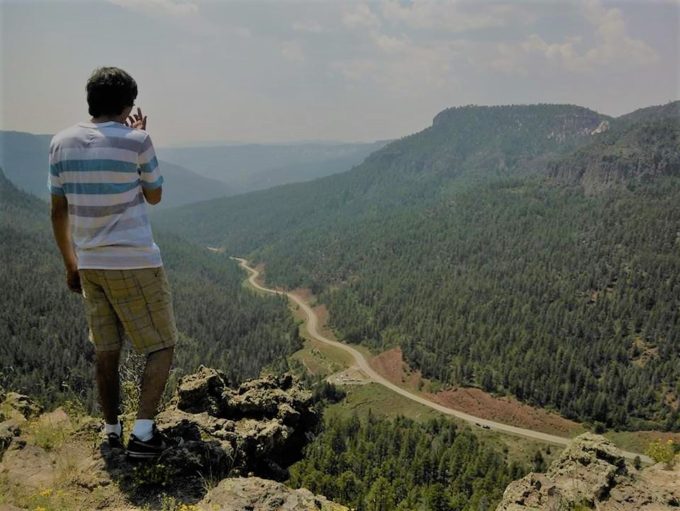 Small backpacks carrying years of luggage, desperation, fear mongering, families, miles walked or sailed, tear gas, borders closed, are all common elements in a migration crisis we have been observing throughout the world.

Whether it’s in Tijuana, Greece, or the United Kingdom, western citizens are confronted with the same question over and over again: Do these people have the right to move here and do I have the right to send them back?

It seems that everyone in the immigration debate wants to jump ahead and formulate an answer without even thinking about it.

Six years ago I immigrated to the United States running from the violence that consumed my home country which was brought upon by years of outside intervention from other countries.

Since then, I have been organizing for three of those six years and have been fighting for my dignity as an undocumented person in this country. Now, as an experienced organizer fighting for the protection and wellbeing our immigrant communities, I no longer have any hesitation in proudly declaring that I HAD THE RIGHT to move here.

Our analysis of organizing to provide security and access to immigrants in our communities limits our fight in tackling the root crisis of migration. If we simply step back and analyze, we can see that the reason why I immigrated, is the same reason millions of Latin Americans leave their homes.

Economic and  military interventions from the U.S. have dismantled the economic backbone of these countries and put its citizens in unlivable situations, just like I was.

All for their own profit.

Ask yourself, who would want to voluntarily leave their home? I can tell you, not me.

Honestly, I never really felt the need to leave my home in order to pursue the “American Dream.” However, my dedication to protecting the wellbeing of my family forced me to accept immigrating to the U.S. even if it meant losing the life I lived in Mexico. In doing so, I never had a doubt about my right to move here, but neither they or I were really asking ourselves the right questions.

People will continue to immigrate to the U.S. As we move forward we must shift the way we question immigration otherwise we’ll remain stuck in the same, never-ending debate. The truth is that every human in this world has the right to a sense of belonging and the reality of having a home.

AND remaining  in that home.

Imaging a government program where we send troops (not of soldiers but of peace makers) to the countries in which we have interfered. Imagine restorative justice foreign policy.

Why don’t we fight for that too?

Imagine our greatest minds assisting in developing sustainable and autonomous infrastructures elsewhere to replace the ones we broke.

Let’s ensure that everyone has  the right to be and remain in their country, to remain close to their family and culture, and to be well there.

Isn’t that the “Dream”? These are crazy ideas that could be a movement.

This is up to us.

Felipe Rodriguez is a field organizer for the NM Dream Team.