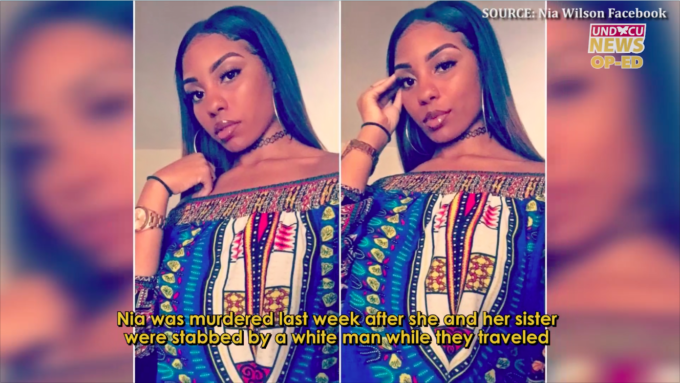 Hate crimes and racially motivated confrontations continue to be on the rise but together we can put an end to this trend.

A few week ago Nia Wilson was murdered after she and her sister were stabbed by a white man while they traveled through the MacArthur Station BART platform in Oakland, California.

A report by the FBi showed there was a 300 percent increase in reported hate crimes just in 2016. The same year of Trump’s election.

These numbers have continued to increase as reported by the Washington Post and as we continue to see in our social media feeds.

This month, Markeis McGlockton was murdered by Michael Drejka (a white man) in front of his children and wife outside a gas station in Florida.

Yet, Michael Drejka could avoid charges because of the “Stand Your Ground Law”. Meaning the law could protect him because he “feared for his life”, leading him to shoot an unarmed person right in front of his family.

One last case exploded all over social media.

An abuelito was attacked by a Black Woman while walking to the park, she told him to go back to Mexico and invited 5 other individuals to attack the old man, all of this in presence of a child.

While many of you may think this does not affect you. The reality is we all are affected by Trump’s hate rhetoric. We must continue to come together and resist the hate that is being spread in our communities.

As we say, we must RISE UP AND FIGHT BACK! We cannot normalize violence and hate. And if you’re thinking of what you can do… GET INVOLVED!

There is plenty of need for folks to join the resistance and ensure we all make our voices heard.

Ingrid is currently a host with UndocuNews and a member of the NM Dream Team.